The newly designed Spirit of Service Awards recognise public sector initiatives that drive positive change for the Australian community. Drawing on the learnings from our historically popular and successful Award programs – the Prime Minister’s Awards for Excellence and the Public Sector Innovation Awards – we have created a new contemporary offering that reflects the leadership and excellence practices in the contemporary public sector. The inaugural Awards were launched in October 2021 with the winners announced at an Award Cermony in Canberra on 12 May 2022.

The four categories are:

Nominations can be submitted against more than one category.

The Award also explicitly recognises the work of teams and therefore nominations that focus solely on the work of an individual will not be accepted.

The Awards have two stages of assessment. Nominations are submitted online for the first stage and assessed by trained volunteer Assessors. At the end of the first stage, a shortlist of finalists from each category are invited to present their initiative in a short pitch presentation to the Judging Panel. The Judging Panel will then convene to decide on the winner and runner up for each category that are announced at the Award Ceremony. The finalists are provided with pitch training to assist them with preparation of their pitch presentations.

Each nomination is charged an entry fee based on the IPAA ACT membership tier of the nominating organisation. The nomination fee assists IPAA ACT to deliver a high quality awards program, including opportunities to share and embed the learnings across the public sector.

Nominations for multiple categories will be charged an entry fee for each separate nomination.

IPAA ACT thanks the official partners of the 2021-22 Spirit of Service Awards:

For further information on the Awards and the criteria, please refer to the IPAA ACT Public Sector Achievement Model document. For further queries or support on Award Force, please contact IPAA ACT by email at awards@act.ipaa.org.au or call 02 5112 1980.

We’re honoured to have been given permission by the Winanggaay Ngunnawal Language Group to align the word 'Gurumbal' with our Spirit of Service Awards. Gurumbal is a Ngunnawal word meaning ‘valiant’. It encapsulates the courage and determination recognised by the Spirit of Service Awards – outstanding public sector initiatives that have a lasting, positive impact on the Australian community. In the video below, Aunty Jude Barlow talks about the true meaning of 'Gurumbal' and how it relates to the Spirit of Service. 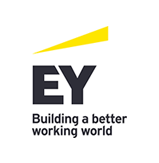 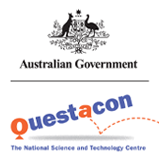